Ballantine's Scotch whisky can trace its heritage back to 1827, when George Ballantine, a farmer's son, opened a small grocery store in Edinburgh and began selling a variety of whiskies to his customers. In 1865, George delegated the operation of the store to his eldest son, Archibald, while he established a larger business in Glasgow.

Here, he focused on the wine and spirits industry, serving clients such as the Hindu Royal Family. He also started making his own blends. As a result of the increased demand, George junior, the company's second son, joined the company.

The firm added a bonded warehouse and began exporting Scotch under the name "George Ballantine and Son Ltd." George senior retired in 1881 and died at the age of 83 ten years later, leaving George junior in charge. Under George junior's leadership, the business prospered, and the family sold out profitably to Barclay and McKinlay in 1919.

The new owners focused on developing the "Ballantine's" name as a brand for their blended whiskies, building on the name's reputation and goodwill. When more resources were needed to compete fully in the growing global market, Hiram Walker Gooderham & Worts, a well-known Canadian distilling company, bought Ballantine's in 1937.

The following year, George Ballantine & Son received the Grant of Heraldic Arms depicted on their bottles, recognizing them as a "incorporation noble on the Noblesse of Scotland." The new owners' first task was to secure fillings, which they accomplished by purchasing the Miltonduff and Glenburgie distilleries, as well as constructing a massive new grain distillery at Dumbarton, which was the largest in Europe at the time.

During the 1960s, the company turned to Europe, an untapped market for Scotch whisky at the time, and by 1965, it had established such a strong presence there that it decided to focus its domestic trade on supporting the overseas business. In the mid-1980s, strong distribution and the popularity of Scotch whisky were key factors in the company's growth.

With the oldest product, Ballantine's Finest, Ballantine's was named the number one brand in Europe and the third largest in the world in 1986. With its ever-popular Ballantine's 17 as well as 21 and 30, Ballantine's is the clear number one in the super-premium category in Korea. The company was acquired by Allied Domecq, a global beverage conglomerate, in 1988.

The large Dumbarton Grain distillery was closed in 2002, and production was moved to the Strathclyde Grain distillery in Glasgow's Gorbals. Pernod Ricard purchased Ballantine's in 2005. Ballantines still has a large bonded warehouse complex in Dumbarton East, as well as a bottling plant to the town's north. Sandy Hyslop was named Ballantine's Master Blender in 2006, making him the 5th Master Blender in the company's 180-year history.

Why is Ballantine’s Scotch Whisky a great choice?

Ballantine's is a reasonably priced scotch that delivers just a little more than what the price tag promises. Ballantine's puts the "blended" in blended scotch by blending malt and grain whiskeys from a variety of distilleries.

It is a rich, complex blended scotch that brings together the best qualities of each component. Smooth, smoky, and perfectly balanced in flavor, with a strong "single-malt" character.

On the nose, you'll get a fruity scotch with a herbal note that reminds me of juniper berries from this single malt. Aromas of a smoky/peaty scotch, such as Laphroaig, are also present, but Ballantine's holds its own.

On the tongue you’ll encounter a lot of familiar whiskies in there: the aforementioned Miltonduff and Glenburgie, as well as Laphroaig (peat / smoke), Caol Ila (fruity / malt), and Highland Park (herbal / citrus). For an entry-level, standard label, Ballantine’s is actually a well-decorated scotch.

It's a good drink to have when you want something with a great malt flavor that's strong enough to let you know it's there, but it's smooth and not too rough. It's great for everyday drinking, and it's a great deal.

Time to chug it up, Ballantine’s Scotch Whisky is crafted with perfection, taste the excitement and experience class with every drop. Escape the boredom and get all you want. Add it to the cart and buy it online now! 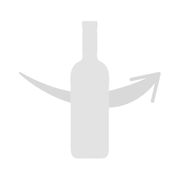 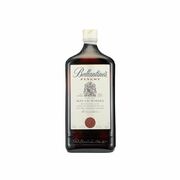